PRIDE OF THE COG: A Field Guide For Creatives To Outwit Their Day Job, by Gabriel Hart

(The following was written in 2016, originally slated to appear in Zara Kand's anthology on The Creative Process, a project since abandoned until further notice)

I am often asked, by those who don’t seem to harbor any artistic cell in their bodies, about my artistic process; how exactly the path is tread from a mere thought or idea to the finished “product” (and a question I often ask myself is, what’s wrong with it merely remaining a thought or an idea? Why corrupt its innocence by poking and prodding at it all?).  The inquiry irks me every time, and I fire back with the paranoid arrogance of a criminal trying to frame a bystander through blatant (AKA sadly transparent) manipulation: 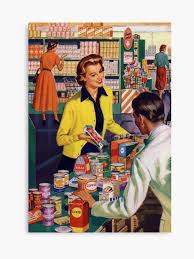 “ WELL, if you have to ask, then you don’t deserve to know, as you obviously don’t have a creative bone in your body.  Why should I tell you, if you’re just going to ape my steer in order to cheat your way through a life where you clearly shouldn’t quit your dead-end day job!?!?”

I am humbly reminded far too late, that this person is actually my co-worker and I am also working at our dead-end day job.

So, what is exactly wrong with that - an artist being “forced” to work among the unwashed, where we were once so proud to claim origin?
What else would we expect, Entitlement?
What else would we want, Privilege?
When must this authenticity cease in order to become successful? The initial inspiration for your life’s work was this backdrop, and if you’re expecting the rest of us to continue to relate to your output, it should continue to include this backdrop – which should encompass the nagging theft of your true calling, the bone-crushing weight of society’s expectations. Let us call this classist environment “The Ever-Looming Extortion of Your Soul” and let us dissect an example of its inherent divinity.

You wake up every morning with the oozing abyss of your deepest, most fertile subconscious still swirling in your head. You feel that anything is possible, that anything can and will happen. You may even cherry-pick your nightmares for ingredients to appear in your next creation, ecstatic to be reminded that your unique brain was responsible for such concrete tangibility, when it was finally allowed to rest. You pay tribute to this phenomenon by writing it down, or if it was piercing enough, it tore a part of your mind down where it now excitedly tries to lay dormant until your next direction.
There is just one problem: The rising rays of your life’s work is about to compete with the growing shadows of your day’s work. It is here where you are a character in someone else’s play, in which you must repeat the same lines over and over again and interact with hundreds, sometimes thousands of other people who’s main objective seems to be making you forget everything great you had planned.
You arrive to work reluctantly, still piecing together the disembodied serpent of your interlacing genius, when suddenly, somebody has the nerve to ask you simple directions to the peanut butter and you nearly meltdown, as you were in the middle of a serious emergency that existed solely in your own head!

As individuals, we forget the importance of ourselves as cogs in a larger, only seemingly un-artistic machine. It should be considered a symptom of artistic integrity to know how to adapt to poetic discomfort rather than entertain the delusion of a complete removal from it.
Who do we really think we are when we insist that we are too good for the mundane? Let us not forget the vitality of living amongst the doldrums with our brothers and sisters. By giving our fellow-man even a sliver of arrogance when he is merely trying to eat and get out of your sight, perhaps even trying to get back to his life’s work, we have slowed down his process as well as our own, our frequencies scrambled due to our lack of confidence and organization, unable to properly file away our still-fermenting creative flood. This is of utter importance to hone, as we know good and well something even more mind-shattering is likely to come our way, where we must not only be on guard, but with a low-heat on our backburners.

Otherwise, we burn it all down.

That said, let us ask ourselves; where is the accountability of our little precious melting snowflake of a thought or idea? What fucking good was it when it did not possess the spine to withstand a lady asking you what she is supposed to do with spaghetti sauce?

Let us look at the dead-end job: not as a sieve where we lose ideas, but as a filter where only the most refined bits of our creativity shall pass into being. The repetition, chaos, idiocy, and oppressive nature of this environment shall merely tighten the crosshatch of this strainer, challenging the integrity of each concept.
Remember, our thoughts are not necessarily gospel just because we are the ones that thought them. More often than not, it is advantageous to get rid of any evidence that it actually came from you.
This is where our second mind comes in, the artist’s brain in its purist form. In the scenario of the automaton task, the hopeless grinding of doing something against one’s instinct. Our body occupied, our mind will then wander out of protest - a convulsing, squirming escape as it floats to more divine heights. As our brain focuses on, say, bagging groceries for the consumer, our second mind should, in theory, get right back to our life’s work. If we are true artists, we should be no strangers to this form of dissociation, knowing we must spend the rest of our day perfecting a balance between these hemispheres.

99.9% of us adore and look up to Nick Cave. But Cave revealed his artistic process that seemed to reek of fallacy, when he audaciously boasted that he “clocks in” to work every day to his “office” for eight hours where he sits at his typewriter or piano and sees what comes out of him, uninterrupted. Not to assume Cave doesn’t have a horde of personal demons and self-doubt keeping his output a consistent challenge, but even that concept seems a luxury when you subtract the everyday hierarches, economical struggles, and social quicksand that keep the rest of us from fully realizing our creative work. There is no doubt that he has earned this luxury on a hard-road lasting decades long, but I lost a sizeable sliver of respect for the man who thinks that he is “just like us” just because he has some self-induced discipline, re-appropriating proletariat terms like “clocking in” and “office.”

But we have digressed…

“EXCUSE ME! I’m talking to you. Where are the flat taco shells?!? This is the third time I’ve asked you where the flat taco shells are and you seem to just be ignoring me! Where’s your manager?”
Our threat of potentially getting fired is a more than a reasonable motivator to leave our musings on the shelf for a second.

“I’m so sorry, Miss. Is it tortillas you’re looking for?

“Well, I’m not sure what THAT is! Do I look like I speak Spanish?”

“No, of course not, M’am…In fact, you look as pasty white as these tortillas right here!

It is a hard-boiled battlefield out there for the working class artist. So much so, that at times it feels like you should not only retreat, but refrain from existing in it altogether. But it is this friction – the grinding of a situation that essentially should not be that naturally causes the spark of the transmundane where we reach beyond the confines of the physical world. The more guts we have to be present in the mundane, the more strength/focus we'll have to be present in the transmundane. Or how another TM (Transcendental Meditation)refers to it - The Unified Field, where all ideas are born.
It’s a no-brainer to say “write everything down” but let us go beyond documenting not just your own thoughts and ideas, but also utilizing the absurd hurdles that get in our way – thus re-appropriating your opposing forces. Many consider this to be the most simple form of practical magic - not only is this the obvious first step of turning your miasmic imagination into tangible reality, but it also a way of gaining control over its antithesis.

In other words, whistle while you work! Whether you be one of the Seven Dwarves or one in Seven Slaves - if it was all worth a damn, you will have an interesting puzzle to subpoena your subconscious with when you arrive back home that evening.
But then, as you open your own front door, you are greeted by your partner, who may have forgotten to say hello, as they hold in front of you a long list of chores that need tending to, immediately.

So here’s to dreaming…