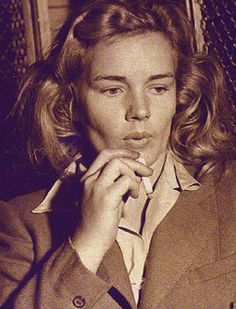 A majority of a writer’s life is spent navigating rejection. The good news, at least for myself, is that the more I am rejected, the easier it gets. They cross you off the list for that particular piece, and you cross them off. There is nothing personal when you both need to keep the wheels turning, the arteries flowing unobstructed by foreign matter.

But occasionally there’s going to be a clear outrage, where a writer feels so misunderstood by one gatekeeper's reductionist opinion, that it sends the writer screaming into the stratosphere.

After a proper solicitation from the editor, my twin novel Virgins In Reverse/The Intrusion was recently rejected by a major L.A. literary institution, on account of how the assigned reviewer “balked” at the way women were depicted in the book. To be fair, it was the most personable, kindest rejection letter I have ever received – to the point that I felt a genuine empathy for the editor, as it seemed they found themselves up against a wall – and I could only imagine the kind of pressure they were under in our current climate, where we are trying to break stereotypes of females in the media - something I am in large support of, in spite of these alleged transgressions.

If I was going to apologize for my book, I would say that I probably wouldn’t write the same book now at age 42, that a majority of the novel was written nearly ten years ago, by a previous version of myself who may have been blindly machete-ing his way through life, who may have read/watched one too many noir books/flicks to the point where he was not just writing but actually living that way, that a lot of the book was based on my fledgling worldview that required scapegoats to make sense of it all, that I loved women so much back then that I briefly forged a double-life of cross-dressing in clumsy tribute to the fairer species, that I loved women so much I never saw them as meek and submissive but as in-tandem, intrinsic and powerful presences that could potentially fuck a man up so good that it was always a wonder to me why gender equality was still even an issue, forgetting to consider anyone who didn’t live as hard and ravenous as my co-ed inner circle.

But I will never apologize for my book. How could I, when you consider the universe I created in Virgins In Reverse/The Intrusion, where every single character, man and woman, is guilty?

Every major player in the book is debased, overzealous, paranoid, self-centered, self-loathing, weak, nihilistic, hypocritical, delusional, insensitive, overly-sensitive, violent, and finally murderous but most of all: imagine this - exaggerated for narrative’s sake! For better or worse, it is these qualities, more than any kind of unattainable fairytale attributes, that I see as an overlapping common ground for both men and women who have let themselves go and hold no accountability for themselves – which is just one facet of what I feel is the book’s unsavory deliciousness.

For the uninitiated: The protagonist in both stories is the debauched twenty-nine year old Caleb, who finds himself in the throes of runaway train obsession with a woman named Cecilia. They both work at L.A.’s Silent Movie Theater, and the theater quickly becomes its own character as their own Church of Forbidden Love (we won’t mention the unnerving addendum that in real life, this theater became another ground zero for the swell of the Me Too movement in summer of 2017, when its owners were exposed for their vast, systematic sexual harassment conspiracy, even though it’s an important one it its own right and you can refresh yourself here). One of the themes of Virgins is romance, and what comes with romance is the eventual rude awakening that everything is not how it seems, as when we romanticize a relationship, we are idealizing the other, glossing over mutual character defects that may eventually lead to the union’s disintegration.
In their attempt to settle down before they really get to know each other, both Caleb and Cecilia meltdown, becoming exaggerated versions of themselves in an effort to uphold their own identities – Cecilia as the controlling vixen succubus who assumes the spirit insect of the gorgeous but deadly Emerald Wasp, and Caleb as the unkempt fiend, the drunken buffoon who takes the form of Cockroach.
Even though the author of the book is a male and is told from a first person male perspective, you are not necessarily expected to sympathize with him throughout the story. In fact, the reader is tricked – at first you may be charmed by his trajectory, but as the layers of Caleb are peeled back, you realize he is a deplorable human that you are unfortunately, stiflingly stuck with until the end.
This unveiling – this horrible yet relatable depiction of man - grows even darker once The Intrusion begins, as Caleb has lost all control of himself. With further disregard to take accountability for his actions, Caleb has convinced himself he is in fact, possessed by an evil spirit that is making him do all sorts of horrific things.

I decidedly left a lot of grey area and voids to be filled by the reader’s own imagination, so it may take on a life of its own inside the readers mind. I like the idea of the reader taking ownership of how they interpret the book, to give it a personal branding with which they can empathize. There are some that think through his obsession with her, Caleb is possessed by Cecilia, or by the spirit of a queen bitch Kali-esque entity. I like to see it as this: Caleb IS the evil spirit, the way someone can haunt their own house while they are still living. The living, breathing embodiment of bad vibes, man.

But make no mistake here - by the time the book ends, the reader should have equal disdain and sympathy/empathy for both Caleb and Cecilia, as well as the common degraded tendencies of both women and men, as the roles of who is guilty and who is innocent (that is, if you insist that there always has to be those kind of reductionist terms in your adorable, fragile mind) flip-flop so many times that one can only deduce that the only truth worth arguing in favor of: that we are a conflicted species at constant war with ourselves and others, no matter what kind of genitalia we have been cursed with. And as long as the sun does shine, we are always led to reckon that we are unable to run from our respective shadow selves.

Virgins In Reverse/The Intrusion is without question, a nasty book for nasty men and nasty women alike. That is, if the reader has the guts and compassion to see a little bit of someone they’ve known in the characters, if not their own damned selves. And if not – I applaud your good fortune, if you were lucky enough to live such a safe, antiseptic life that these phases of growing up come across so appalling that you may “balk.”
In fact, let’s discuss class issues for a moment. For Cecilia and the other major female, Amber, the two women are maligned not because they are female, but because they are grim examples of the extent of “how far can too far go?” that is largely dictated by the opposite sides of the tracks they find themselves on. Cecilia is the calculated, overly-confident rich kid who you get the feeling has never heard the word “no” before, armed with the assumption that “everything is negotiable” by money or manipulation. Then there’s Amber (who only shows up for a couple pages but is an important spike in the narrative), who barely skims by in a junkie flophouse off of Vine. She is desperate, scattershot with her emotions, and has allowed her abysmal environment to sculpt her for worse, scrambling for self-confidence as she grasps at straws to make Caleb stay with her, in spite of it being a toxic, empty union.
While I maintain it is a work of fiction, most of these characters are based on people I have known – true characters in my colorful yet misguided time in Los Angeles where my depraved instincts could only attract comrades and lovers of a similar ilk. Still, these are depictions – again, exaggerations - of not just a type of person, but what we can only hope is merely one phase of a person. To take these creative snapshots out of context, that are imperative to the arch of this twisted morality tale, then condemn the author on the grounds that he is somehow dragging a whole gender through the mud merely from a momentary facsimile – I believe you are actually doing a disservice to a large element of feminism – that a woman can be whoever she wants to be, and if it is somehow unattractive to society’s cruel, imbalanced standards, well, consider the corrupt source from which we come.
While it is paramount to empower the female, it is also unfair to women to insist that all depictions of a woman can only be one of the empowered woman. To disregard all the inherently human moments of temporary weakness, of abandoned hope, of bottled-up rage, of using the best intuitions you have been dealt to merely survive; is to balk from a counter-intuitive soapbox of privilege, where you are actively ignoring the struggle aspect of a woman’s plight. Of a human’s plight. Much like the men, the women I have portrayed in Virgins In Reverse/The Intrusion have lost their fucking shit. But like some of our sisters in real life, who didn’t have the luxury of an understanding family, an empathetic lover, in a culture that often systematically encourages their mistreatment, they have every right to.