The year really began to accelerate toward the end of summer - I am writing all of this down for no reason other to just remember my life and keep some kind of order and sense to what is happening, though I can't be sure that will even work. It is a lot.

It was a darker (than usual) night of the soul summer for me, finding myself having to navigate the aftermath of an epic mind-fucking break-up, along with the inferiority complexes that come from the mysterious fist of the publishing industry, as my book was cancelled a month before its scheduled release. There were many a solitary night were I felt I was floating in goddamned space. All I could do was keep busy, as the second I would stop working I would start to feel the floor drop from under me again, praying tentacles would grab on to my ankles so I wouldn't go floating into the black, unable to speak... just witness my future  - what I thought was my future - slowly fading from view. Then, I flogged myself for letting the illogical, elusive paths of success, domestic and artistic, dictate my worldview - one of the reasons why I left L.A. in the first place - and there I was in the desert, doing that thing again... All I think to do was double-down so I wouldn't obsess over it, hopefully get over myself.

In August, full band rehearsals commenced for the new Jail Weddings alter-ego SIRENS IN THE NIGHT - our focus to our 60s girl group element but through a futurist lens. I bought my first synth - a KORG MS-20 - and began constructing the writhing, ecstatic tracks with Mary Animaux back in June. I stole the title from the Harlan Ellison sci-fi story for our first demo "I Have No Mouth and I Must Scream" a song about an abusive relationship - a subject then still too close to my heart, so I took relief in having the girls sing it in order to gain some distance and perspective. I am not singing in this band, just writing the songs / playing the synth. With all the illuminating upheavals we've seen recently, as women's inequality finally comes to the surface and becomes part of an international dialogue, it seems fitting to have Mary and now Rachael Ann (Bird of Paradise) be the mouthpieces for this project. Though at the risk of pandering - I would insist on them singing even if gender politics weren't so deep in the crapper... 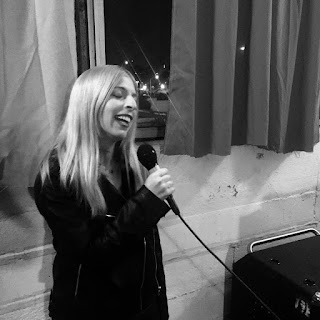 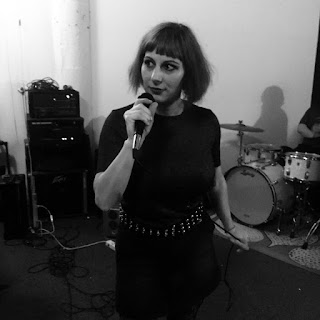 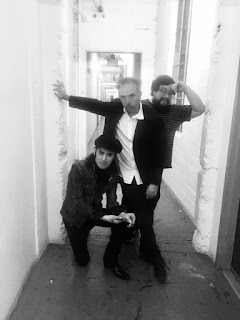 
Around the same time I started to take the Amtrak into L.A. once a week instead of driving - and maybe as a result of this - I began to really reconcile my relationship with the city. Not that I would ever move back, but something about the timing of these contemplative train rides gave me a bit of neutral excitement to be "just passing through, folks!" One of the cooler nights in my life ended up being a great reunion of old friends as well as meeting new ones, when I got asked to take part in the Dead Moon tribute show for Fred Cole's 70th birthday - with Toody Cole in attendance, no less - at the Echo last August 28th. I picked my favorite DM song "Runnin' Out of Time" and I was one of the luckier ones to be able to do it as a duet with Toody. She was warm and sincere as always. I watched most of their Unknown Passage documentary with her before the show, and it felt so special every time she grabbed my arm as she leaned over to me, whispering various behind-the-scenes anecdotes in my ear. We were backed up by the Secret Stare, which is Sharif Dumani's new group who clearly did not fuck around, mastering the tone, mood and execution perfectly.

Other standout performances included Pat Kearns (who engineered Exploding Hearts "Guitar Romantic" LP) and his wife Susan doing "Where Did I Go Wrong," Vashti Windish of Warm Drag doing "Kicked Out, Kicked In," and my boy Warren Thomas from The Abigails (and one time Jail Weddings roadie from Hell) absolutely bringing the house down with "I Hate The Blues" and "It's Ok." The next morning I hitched a ride back to the desert with Pat and Susan. I got home and the comedown of a near-perfect evening ushered me into an apparently unshakable darkness again - so much for feeling invincible. Out of nowhere I get a call from Jean-Paul Garnier, who alerted me that there was a local high desert publisher who mentioned they heard me interviewed on the Disinfo podcast earlier that week - where I was talking about my novel in limbo - and they wanted to meet me and get the manuscript as soon as possible. I called this sweet couple Jon Christopher and Tania Leysen of Traveling Shoes Press. We met, schemed, and by the next night they had the cover executed for my debut novel Virgins In Reverse/The Intrusion, out January 8th, 2019. Keep checking back here for pre-order details. 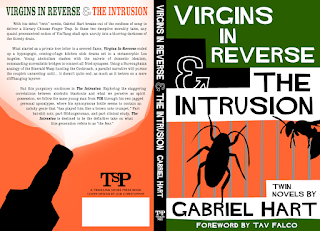 On September 1st at Sun Alley Shops in Joshua Tree, I got to witness the debut performance of Less Bells, the new avant-orchestral project from Julie Carpenter. While Julie plays violin in Jail Weddings, she is a fierce solo artist, first and foremost. The group is rounded out by her husband Dain Luscombe on synth and Leah Harmon on accordion. Their debut album on Kranky! dropped the following week and it quickly became my favorite album of the year. This lush, all instrumental soundtrack is a tribute to desert monsoons, encapsulating all of the dread and beauty one will feel when they finally recognize weather is the boss. Fans of Apollo-era Eno, Julee Cruise/Badalamenti will rejoice in this enveloping spell of an album.

On September 22nd, my dear friend Claire McKeown of Honey Child organized a tribute show to Leonard Cohen at the Echo. While I was a tad self-conscious the night might bleed into overly-precious territory, that such overzealous reverence might some across as trite, fall-short of the man's true essence, or as John Tottenham so eloquently put it, "blowing smoke up a dead guy's ass." I couldn't have been more mistaken. 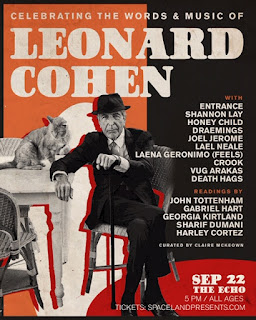 Over fifteen poets and musicians came together and there wasn't a dud in the bunch. While his songs/poems resonate so deeply with us, Leonard Cohen's output is so specific and so immediately him, that many find his songs difficult to do justice to. With this in mind, every single performer "brought it" that night, if not as a result of their own raw talents, then due to a quaking fear that they may make fools of themselves.
I got off incredibly easy, being asked to simply recite a couple of his poems - "Song" and "The Priest Says Goodbye."


Every performer was top notch, playing like their lives depended on it. But direct memory standouts for me included Draemings ("So Long Marianne"), Guy Blakeslee of Entrance ("Teachers"), Imaad Wassif ("Hallelujah"), Laena Geronimo ("Bird On A Wire") and Honey Child doing a choral rendition of "Treaty" off his final album "You Want It Darker."
Some welcomed irreverence added to some sorely needed levity to the evening, when "failed visionary" John Tottenham closed the evening with a unique speech, stating that he wasn't so familiar with Cohen's work, so he had cram for research for the evening, arriving at the verdict that "most of it wasn't very good." As the audience slowly died laughing, he continued to pour his acidic wit into our wounds, before ending in earnest with the fact that Mr. Cohen "also saved his life when he was sixteen."

Also in September, high-desert literary octopus and enfante terrible Jean-Paul Garnier dropped his debut collection of dark sci-fi short stories Echo of Creation (Traveling Shoes Press). So not to be so desert insular with events at Space Cowboy, we had a release party for it at Stories in Echo Park. I read from last years Nothing To See Here. We were joined by Sharif Dumani, Justin Maurer, and an unexpected addition from Martin Atkins of PiL/Killing Joke, who read from his upcoming memoirs... equal parts hilarious and heartbreaking. Though he read for an audacious half-hour, he kept all in attendance engaged. 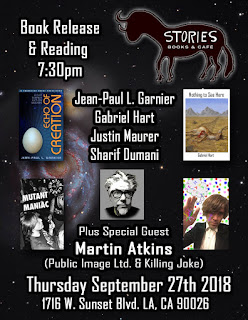 My comrades at L.A. Record bestowed me a special assignment to interview Australian proto-swamp punk architects THE SCIENTISTS for their first ever U.S. tour. The Scientists have been one of my favorite groups since my late teens, and a chance to see them live - much less pick frontman Kim Salmon's brain - is something many of us thought we'd never get to do. You can read the interview here. Their show on October 3rd at Zebulon was everything we hoped it would be and more, as those songs clearly aged well, molding with even more viral spores as our world becomes this much more savage. 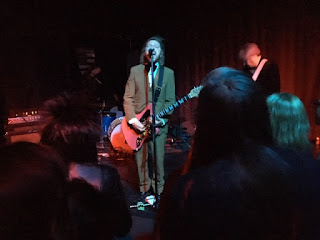 Somewhere around that next week, I did something I never thought I would do. I auditioned for a part in a play called The Seer, written by Jean-Paul Garnier and directed by (and starring) Tony-Award winning NYC theatrical producer Lawrence Lane. I got the part as an overzealous religious painter, who is on the antique end of a karmic wormhole, in which a vampire treads back and forth from, teaching my character and his current day victim (who he is slowly bleeding to death) about the foils of pride and envy. Not only is it a legitimately harrowing play, it is also perhaps the hardest thing I have ever challenged myself with... though I have never given birth, battled a terminal illness, or been to war. The Seer premiered one night only this past Saturday, October 27th in Joshua Tree at Sun Alley Shops at 8pm, right before SIRENS IN THE NIGHT hit the same stage for our debut show.
All right, full circle.